Augusta National Golf Club: How to play a round at the world’s most exclusive golf club

Augusta National Golf Club: venue of the US Masters and every golfer’s dream. But playing the course yourself is almost impossible. Almost. 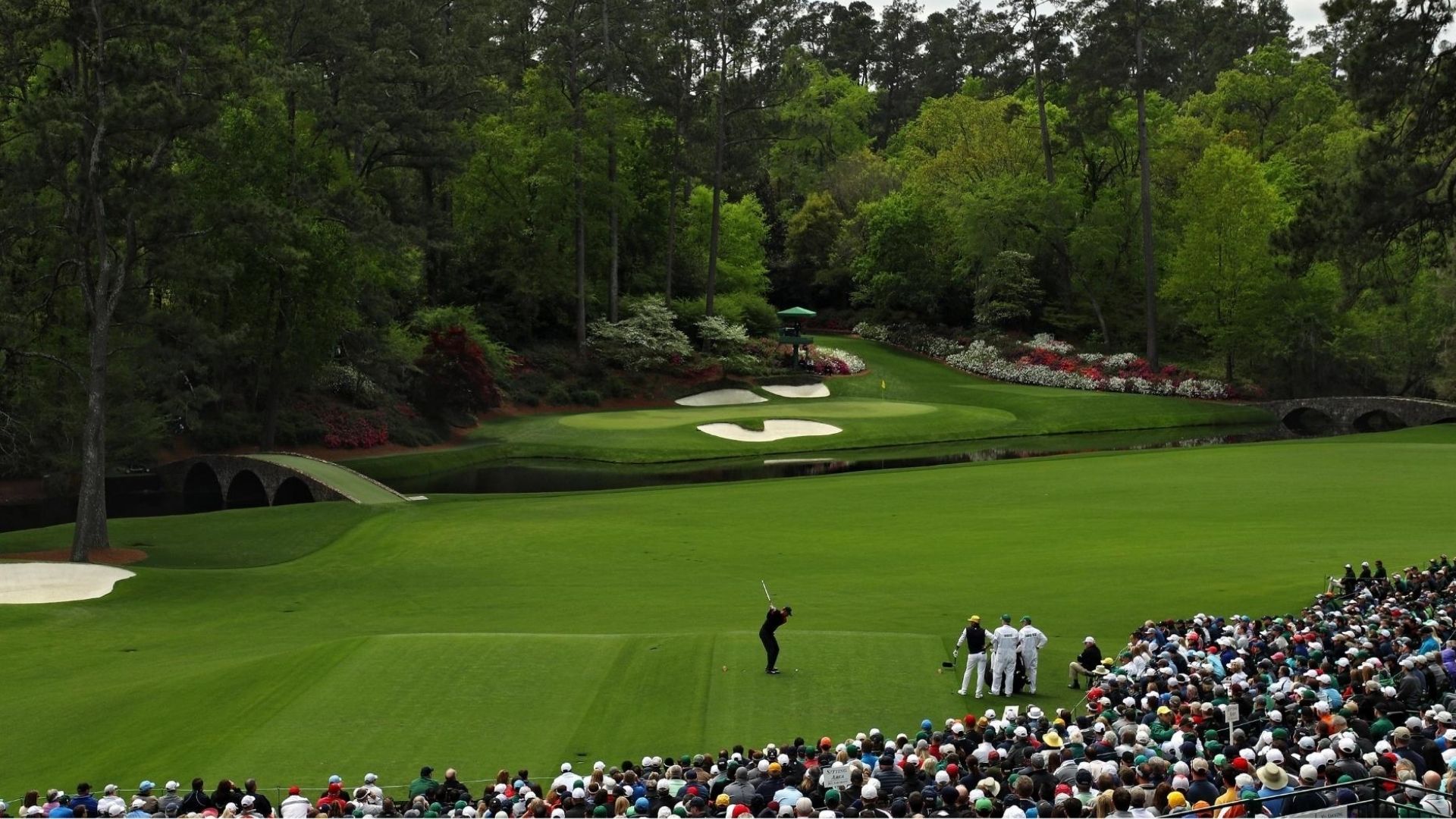 Every year, the golf world gathers in front of the TV to watch the pros play the US Masters at Augusta National Golf Club. “Magnolia Lane” leading to the clubhouse, Amen Corner, which has caused many a superstar to despair, and a golf course in perfect condition – the mere thought of Augusta National gives golf fans goose bumps. However, the dream of playing the fairway of the legendary course remains unfulfilled for most. The National Club Golfer shows you how you still have a (admittedly very small) chance of swinging a club in the Mecca of golf one day.

How to play the course at Augusta National Golf Club

As a top amateur golfer

As an employee at Augusta National

Whether volunteering at the US Masters, caddying for the club or holding another position at Augusta National Golf Club, employees get to play the course. Since the same volunteers help out at the US Masters every year over the tournament days in Augusta, it’s not easy to get on the course this way. If you do make it, you play the course a month after the tournament with the other volunteers. Caddies and other employees have the chance to enter the course with their bag once a year.

If you study at Georgia Regents University and play on the golf team there, you are particularly lucky. Because once a year, students are invited to the Augusta National Golf Club. And those who study at Emory, Queen’s, Western Ontario or Georgia Tech universities have the opportunity to receive a scholarship to the university in St. Andrews and, in the course of this, to play once on the Augusta National course.

As a member of Augusta Country Club

According to the National Club Golfer, if you are a member of the neighboring Augusta Country Club, you also have the opportunity to tee it up at Augusta National. It is common for members from the country club to be recruited as flight partners if there are not enough players at the National Golf Club for a flight of four.

As an author about the club

Golf Digest’s David Owen gained access to Augusta National in a special way. As part of his book, “The Making of The Masters,” the club allowed the author to play a few rounds with members on the course. “One of them was getting married one day and there was a party at 5 p.m. in the golf store. We realized we weren’t going to make it in time and went straight from the tenth green to the 15th tee. So we skipped Amen Corner. But by that time I had played the holes so many times that I didn’t even notice,” Owen writes about his experience.

As the winner of the lottery among media representatives

If you manage to get accreditation for the US Masters as a journalist – which is difficult enough in itself – you have the chance to win a round of 18 holes in a lottery. 20 media representatives play the course on Monday, the day after the big tournament.

As a friend of a member

The safest way to get into the Augusta National Golf Club is probably to become a member. However, the full list of members is not known and only very few golf fans are likely to get along well with Jack Nicklaus, for example. Despite numerous opportunities, it remains almost impossible for the amateur golfer to set foot on the “hallowed turf”.