Joachim B. Hansen wins his second European Tour victory at the AVIV Dubai Championship 2021 – One shot makes the difference

Denmark is land for the champions. Joachim Hansen finishes with a solid 23-under par to win the AVIV Dubai Championship 2021. Ice in the veins for the Danish. 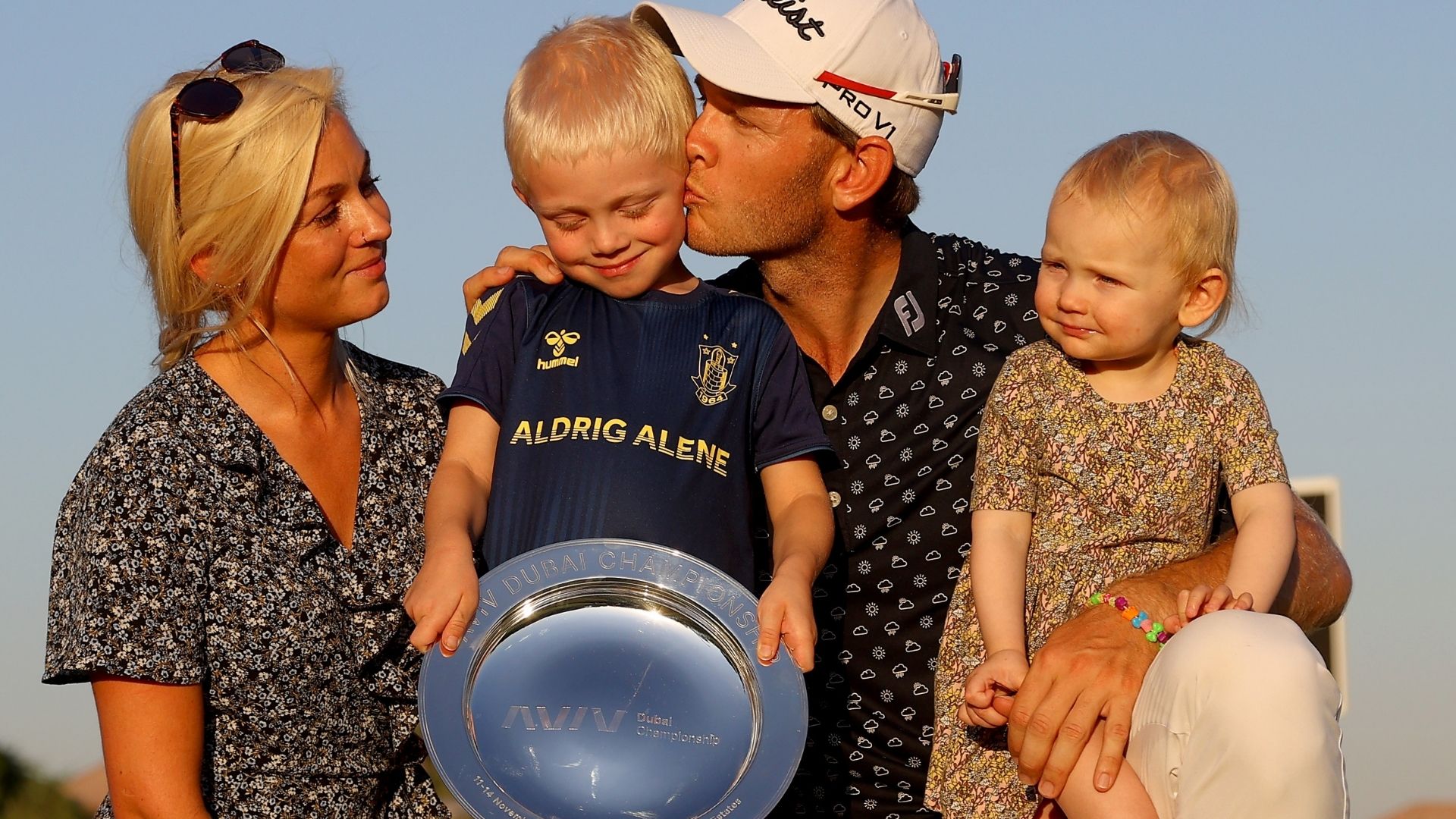 Joachim B. Hansen of Denmark celebrates with his family on the 18h green after the final round of The AVIV Dubai Championship.(Getty Images)

The Houston Open was held in Houston, Texas at the Memorial Park Golf Course. From November 11th-14th of 2021. Our Scandinavian players struggled to make birdies, the pars kept them with high chances of passing the cut after the second round. However, the lack of birdies and sand saves put Henrik Stenson out of the competition after two rounds of (72-76).

On the other hand, his mate Henrik Norlander, currently ranked 139th of the OWGR, made it through the four rounds of the Houston Open. Norlander finished last on the leaderboard with rounds of (71-69-72-78). It was not his best performance at the PGA Tour this season. They will soon have another chance to drop some putts and climb up on the leaderboard next week at the RSM Classic, on Nov. 18th.

Nelly Korda wins her 4th LPGA victory of the year after battling a 4-way PlayOff at the Pelican Womens Championship, at the Pelican Golf Club, Belleair. “I never won in front of my parents until earlier this year and I did it twice now, and in a playoff. My dad said I’m going to give him a heart attack, so that was nice before the playoff. I was like, Okay, good.” – Korda

Lydia Ko, Lexi Thompson, and Sei Young Kim are the other three great golfers who attempted for the trophy.

Scandinavia plays all their chances to bring home the gold medal. Sweden, Finland, and Denmark were represented by the best golfers at the moment.

Madelene Sagstrom (SWE) was the best Scandinavian player. Sagstrom finished T33 after four rounds of 6-under par. Clearly, the ladies set the standards very high this weekend. Sagstrom took some of her birdie opportunities to lower her scores. The amount of up & downs was low and therefore, it was a struggle to avoid some bogeys here and there. Her putting was good but the greens were not easy. The Swedish golfer was consistent and now she is ready to come back stronger next weekend.

Dubai hosted the AVIV Dubai Championship, at the Fire Course, Jumeirah Golf Estates. Denmark tasted the glory with the victory of Joachim Hansen (DEN), after four solid rounds of golf (63-67-67-68) for a total of 23-under par.

Not too far down, his mate Thorbjørn OLESEN (DEN), and Kalle Samooja (FIN) also made the Top 10, finishing 8th at the end, 4-shots behind the leader. The Scandinavian golfers tend to play better in the European Tour due to a matter of statistics. There are always more Scandinavian participants playing there than in the PGA Tour.