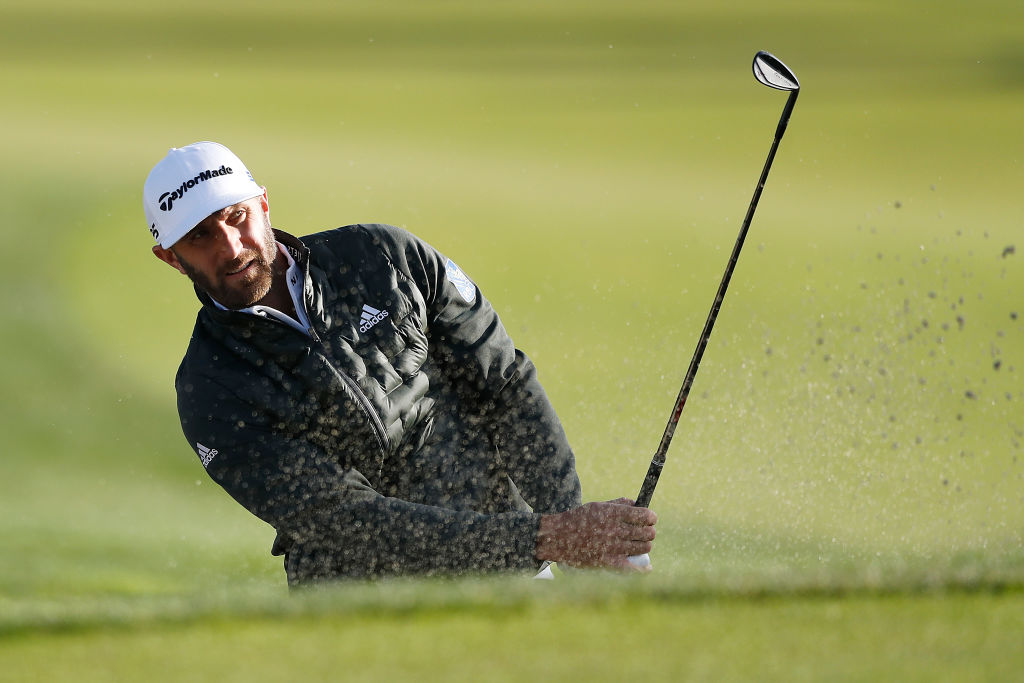 PGA Tour professional Dustin Johnson speaks about making his first start since the Sentry Tournament of Champions at the 2020 AT&T Pro-Am touching on subjects such as the potential conception of a new premiere golf league.

PGA Tour: Dustin Johnson addresses the media prior to the AT&T Pro-Am

JACK RYAN: We would like to welcome Dustin Johnson to the interview room here at the AT&T Pebble Beach National Pro-Am. Dustin’s a two-time champion making his 13th start at the event. Dustin, if we could just get an opening comment on your return to Pebble Beach.

DUSTIN JOHNSON: Yeah, I always look forward to coming to this event. It’s one of my favorite events we play all year. I like all the golf courses. This year they’re probably in the best shape I’ve ever seen them. It looks like we’re going to have a little bit better weather than last year, so that’s a plus. But, yeah, it’s a lot of fun, I enjoy playing here, got a good partner, so we have a good time.

JACK RYAN: You’re making your first start since the Sentry Tournament of Champions where you finished T-7. How would you assess the state of your game right now?

DUSTIN JOHNSON: It’s pretty good. I had a nice week last week. Obviously, I played on the European Tour last week. But, you know, really solid event and yeah, this will be my second event this year, so. But it’s a place where I’ve had a lot of success. I feel like the game’s in really good form and I’m really looking forward to this week.

Q. So you played here as a rookie in 2008, I think, right? That would have been your first year. Did you like it right away, because it’s not suited for some people in terms of patience or what have you.
DUSTIN JOHNSON: I did. I enjoyed it.

Q. Why?
DUSTIN JOHNSON: I just like the golf courses. I think they all set up pretty well for me and I’ve liked them ever since the first time I played here. And, yeah, I enjoy the event. It’s different, but I’ve had a lot of fun. I’ve had, obviously, it helps having a good Am partner, too, that you enjoy being around because you do spend a lot of time together out there during the week.

Q. Did you play with –you’ve had —
DUSTIN JOHNSON: Joe Rice.

Q. Joe Rice.
DUSTIN JOHNSON: Who I played with for a few years, yeah.

Q. And then you kicked him out and got Wayne?
DUSTIN JOHNSON: We got, yeah, I got Wayne. I got stuck with Wayne, so… could be worse.

Q. Long hitter that you are, was curious if you had read or heard anything about the USGA, R & A report on distance, first of all, just to ask if you saw it.
DUSTIN JOHNSON: I saw the e-mail and then I looked at how long it was and I did not read it. I mean, to be honest, I really did. I looked at it and it was like 18 pages or something and I said, yeah, I didn’t even try to read it.

Q. Longer than you hit it. But you kind of know what the gist is, basically, right?
DUSTIN JOHNSON: I didn’t read any of it.

Q. Well, they’re essentially saying that the ball goes too far. Does it really matter? Whatever you did — my point being, whatever you did to the golf ball, if you let it keep going or if you dialed it back, like Jack Nicklaus says, 10 percent, 20 percent, whatever, would the longest hitters still be the longest hitters?
DUSTIN JOHNSON: Yeah, I don’t see that changing. And to be honest, it’s not like the scores are lower than they used to be or they’re any different, if you look at the scores, or at least from what I could tell. It’s all conditions, really. If you look at, if a course is firm and fast and it has rough, it plays hard, doesn’t matter what course it is. If it’s soft, we’re going to shoot pretty low. It’s just general, kind of the general look at things. But I mean, I don’t think it goes too far and I don’t think we make this game too easy, or it sure is not easy for me.

Q. Could you just update us on the state of your game, the areas that you’re pleased with, the areas that you think you need more work on?
DUSTIN JOHNSON: Right now I feel pretty good throughout the bag. I mean, obviously, the short game and putting can always be better. But for the most part, I feel like the game’s in pretty good form right now. Yeah, I haven’t played a whole lot, but the events have I played in, I felt like I was pretty sharp. Hawaii, which was my first kind of stroke play event since the TOUR Championship was, I felt like I hit it really good, hit a lot of good shots, I did everything pretty well, just a little rusty mentally more than anything. But now that I feel like I’m kind of getting back into the swing of things, I felt like I did a good job last week, even though it was very tough conditions, especially on the weekend.

Q. I know you’ve been asked this before, but is there anything about the experience of playing — what is it about the experience of playing with Wayne that you think maybe benefits you?
DUSTIN JOHNSON: Well, we get along very well. Obviously, the rounds are long here, we’re playing foursomes and there’s two Ams in every group, so you’re out there for a long time. So to have someone that keeps you relaxed and you have a good time and it seems like we’re laughing pretty much all day, it definitely helps and it helps for the time. And obviously, we enjoy being around each other, so that makes it for a lot of fun.

Q. Last summer you, your season did not end as you probably would have liked. What was it like going through, probably was your biggest slump of your career?
DUSTIN JOHNSON: I don’t know. I never really thought about it too much, to be honest. I was, obviously, I had surgery in the off-season, so the only thing I can look back at is I blame it on my knee hurting.

Q. What do you think about Commissioner Monahan playing in the pro-am this week?
DUSTIN JOHNSON: I think it’s great. I think it’s — he’s playing with his dad, which is really cool. I actually had breakfast with him this morning, so it was, he was excited. He said his dad’s very excited, so. But I think it’s good. I like seeing him play.

Q. Speaking of Jay, did he ask if you read his memo? It was only two pages. I’m just curious.
DUSTIN JOHNSON: I did get through that one.

Q. What did you think? Let me redirect the question. What do you know or have you been contacted by the people doing the Premier Golf League and have you given it any consideration?
DUSTIN JOHNSON: I mean, I’ve definitely — I’ve heard about it a little bit. I kind of, I know the gist of things. But, I mean, obviously it’s a good, you know, they have some ideas, whether it’s going to work or not, who knows. I’m happy playing on the PGA TOUR though.

Q. The inquisition is just starting here, if you know what I mean.
DUSTIN JOHNSON: We could do this afterwards if you would like, Doug.

Q. Your memo would be like two sentences, wouldn’t it?
DUSTIN JOHNSON: It would get the point across though.

JACK RYAN: All right. Well, thank you, Dustin and best of luck this week.