Replica of the 17 and “wonder bread”: How to pass the time during the Players Championship

The TPC Sawgrass is sinking in the water, hardly anything can be played on the second day of the Players Championship. Here’s how the stars of the PGA Tour pass the time. 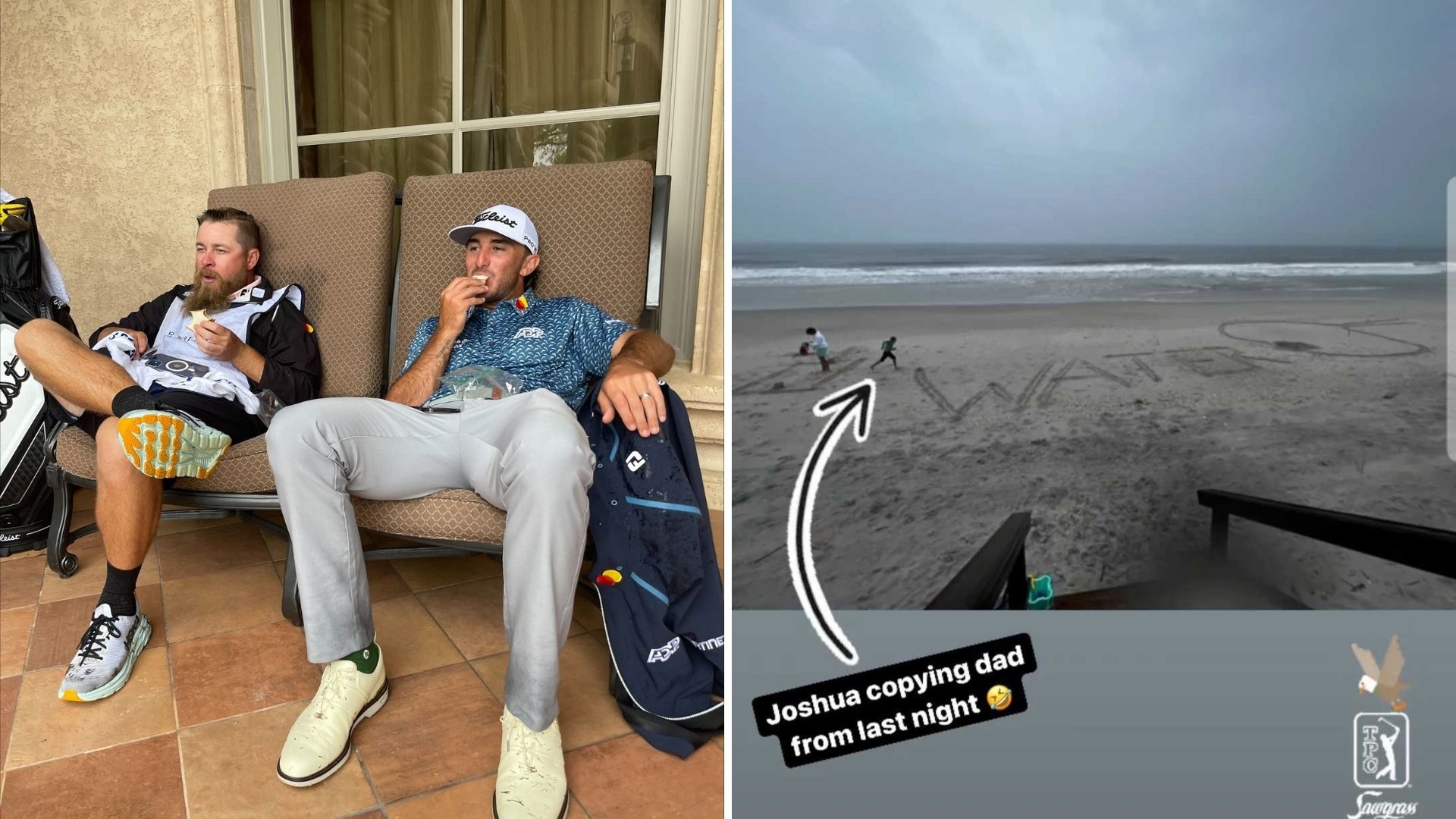 The pros also had to pass the time on the second day of the Players Championship. (Photo: Twitter/@PGATOUR; Screenshot Instagram/@ianjamespoulter)

The Players Championship 2022 is drowning in weather chaos. On the first day, some players couldn’t even make a shot and on the second day, even less golf was played – 47 players still haven’t finished their first 18 holes. Some golfers therefore had a complete break from play on Friday, while others only had a few holes to play before play was paused at 11:15 a.m. local time and it was clear at 3:13 p.m. that there would be no play before 11 a.m. on Saturday either. So the stars of the PGA Tour had a lot of free time, which was used in different ways.

Here’s how it stands at The Players.

Rory McIlroy is one of those who has not yet been able to hand in his first round scorecard. So far, the Northern Irishman has only played 15 holes, recording three birdies and four bogeys. The four-time major winner was then able to spend the free afternoon with his wife Erica and daughter Poppy.

Meanwhile, Max Homa philosophised during the rain delay why his mother never allowed him to eat the ” wonder bread” with peanut butter and jelly – he probably wouldn’t have been able to stop. Luckily, his caddies’ fiancée doesn’t see it so restrictively.

The fact that play was finally suspended completely for Friday probably didn’t bother the “Twitter King” of the PGA Tour, who is at two-under-par after 14 holes – after all, he can watch the new Batman then.

Justin Thomas hasn’t finished his first round either, but can spend his afternoon chilling on the couch.

The From the sofa, the defending champion also immediately found the guilty person: Max Homa.

Don’t worry. If I could do that u wouldn’t have beaten me at Cherry Hills at the US Am after u almost punched me

But it could also have been Ian Poulter who caused the break-up. The Englishman had already finished his first round in a hurry on Thursday and therefore had Friday completely free. The 46-year-old was literally feverishly anticipating the break-off, letting his fans share it in his Instagram story and, given the weather, logically wanted to avoid the trip to the golf course. While the pro himself passed the time with Netflix at his house on the beach, his son Joshua rebuilt the signature hole of the TPC Sawgrass on the beach and also imitated his hurried father.

Players Championship Video: Ian Poulter in a race with darkness

With so many breaks, the stars naturally have time to connect with fans on social media. Some initiate discussions about the interruption of the tournament, Kevin Kisner would like to hear the expert opinions of the internet. One of them: Simply move the tournament to the nearby TopGolf facility – problem solved.

Justin Rose is organising a small contest on Instagram to pass the time. The Englishman, who currently has 14 holes played, wants to announce the winner after his second round. Cynically, you could say: There’s still plenty of time to take part.