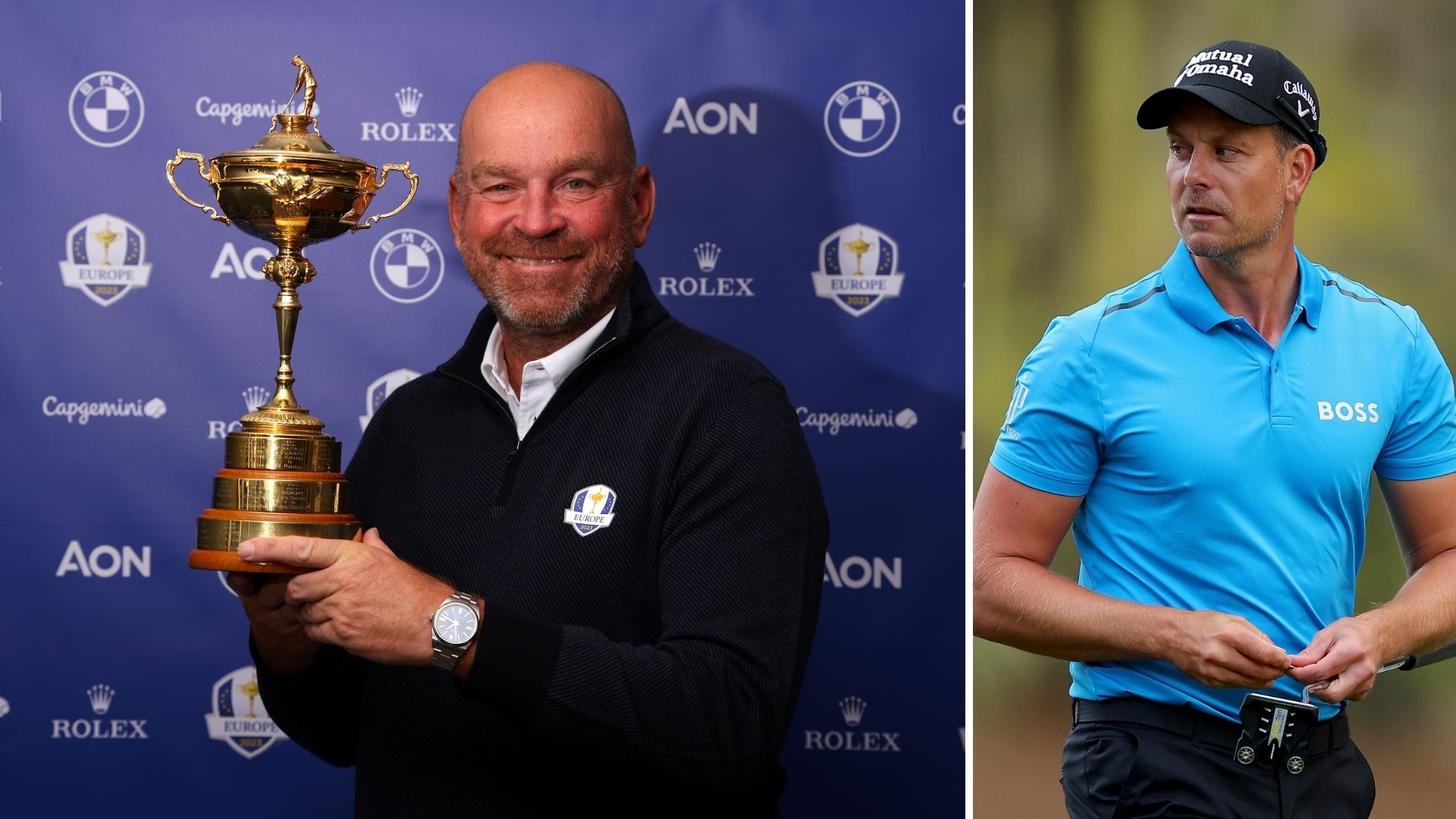 Henrik Stenson (right) is counting on Thomas Bjørn as his first vice captain for the 2023 Ryder Cup. (Photo: Getty)

The team around Ryder Cup captain Henrik Stenson is starting to grow. Thomas Bjørn has been named first vice-captain for the match between Europe and the United States. The 51-year-old Dane already brings a lot of Ryder Cup experience with him. He has already taken part in the event eight times: three times as a player, four times as vice-captain and once as the winning captain at the 2018 Ryder Cup in Paris. More than 20 years ago, in 1997, Thomas Bjørn’s Ryder Cup career began when he became the first Dane ever to be part of the European team led by Seve Ballesteros.

The two Scandinavians Henrik Stenson and Thomas Bjørn have known each other for many years. For Stenson, that’s one point that significantly influenced his decision to go with Bjørn: “I trust him implicitly and I know any advice he will give me will be honest and direct. He will not simply tell me what he thinks I want to hear and that will be important, so I’m delighted to have him as my first Vice Captain for Rome.”

Bjørn is looking forward to the Ryder Cup 2023

For Thomas Bjørn, Henrik Stenson’s request seemed to have come as a surprise: “I probably thought that after 2018 that was it for me, but Henrik called me to talk about Captaincy in general and that led into him asking me if I wanted to do another stint as Vice Captain, which I agreed to. I’m excited to work with him.” Thomas Bjørn intends to fulfill his role as vice captain as best he can: “I will help him prepare in the best possible way and as we get closer to the match, to be an additional support to the players.”

The Dane has high hopes for captain Henrik Stenson, both golf-wise and personally. He describes Stenson as a “hard-working golfer” who will make a fantastic captain. For Bjørn, Stenson is “somebody who is true to himself, and his team will represent that. He has a great sense of humour that the players will take to, and he is very well liked across the whole Tour.”

I thought my @RyderCupEurope story may have concluded in Paris but, once @henrikstenson took charge, I knew I had another chapter left in me! I’m honoured to be Henrik’s VC and I’ll do all I can to support him and his team. Time to get to work and bring that trophy home! 🇪🇺 🏆 https://t.co/2v03ep3U9T