Tiger Woods fuels hopes for participation in the 2022 PGA Championship

Tiger Woods plays a practice round at Southern Hills Country Club to decide his participation in the 2022 PGA Championship. 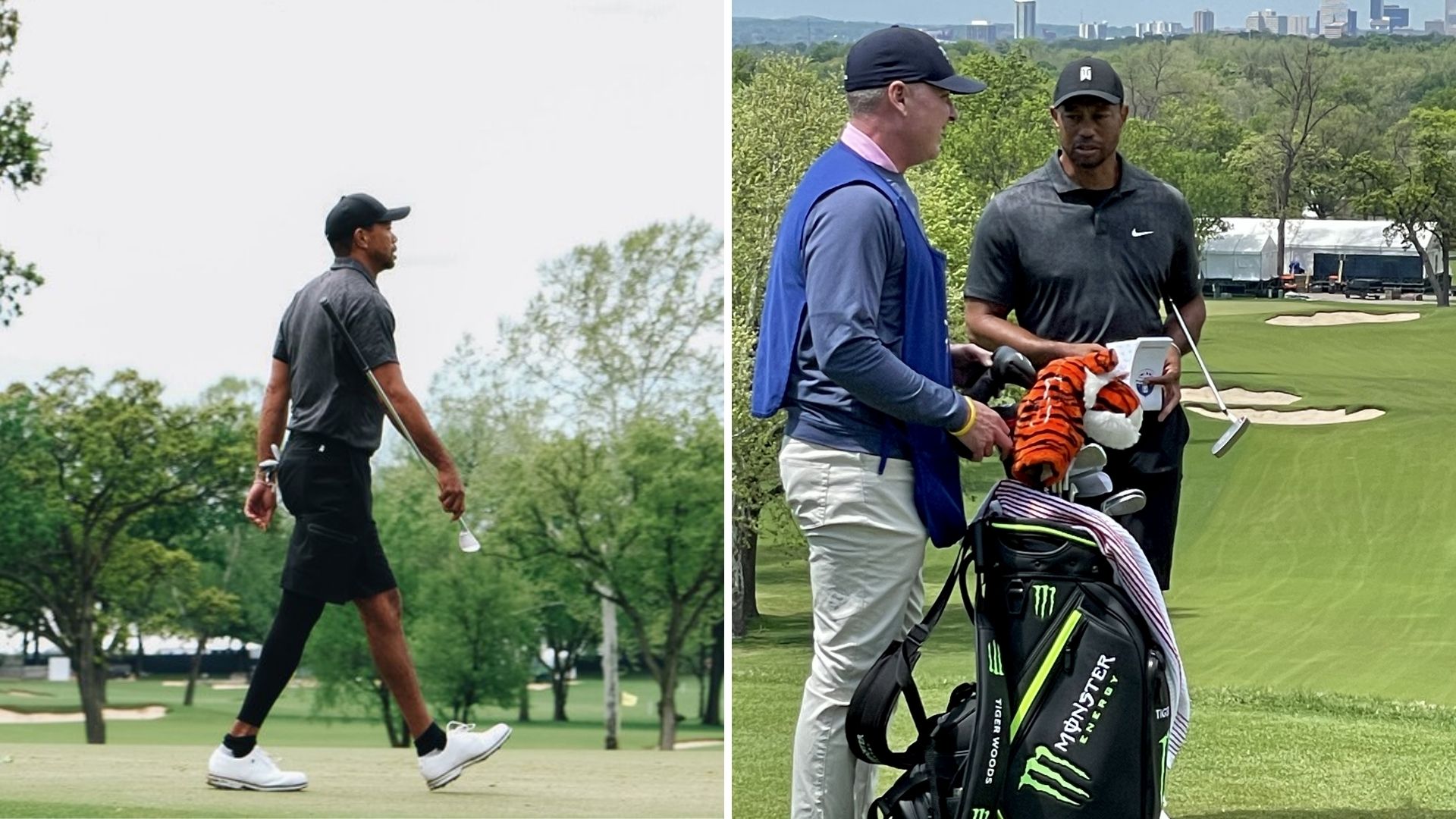 Tiger Woods together with the head pro of the Southern Hills Country Club on a practice round before the PGA Championship 2022. (Photo: Twitter/@PGAChampionship & @okgolf2)

It’s reminiscent of the scenes that sent the golf world into hysterics a couple of weeks ago: a plane being tracked and a practice round that raised hopes of a appearance in a major. Only this time the surprise is not quite so great, given the feat Tiger Woods had achieved at the US Masters in 2022. Now the superstar was out on a practice round at Southern Hills Country Club to gauge the strain for the 2022 PGA Championship.

Tiger Woods on a practice round at Southern Hills Country Club

On Thursday, the 15-time major winner’s private jet touched down at the airport in Tulsa, Oklahoma, after which Tiger Woods played a practice round at Southern Hills, where the second major of the year will be played in about three weeks. Woods completed the 18 holes alongside Cary Cozby, the golf club’s head pro, reports the Golf Channel, and was spotted by numerous cameras; his putting drills were even filmed from a helicopter. According to a “Golf Channel” reporter, Cozby said that “Tiger had great speed with swing and was engaged regarding the lines to take with shots and the differences in green complexes since winning there in 2007.”

On his round, the 46-year-old was spotted wearing shorts that exposed a view of his damaged right leg, which is encased in a compression sleeve. On his feet, Woods is wearing the Footjoy shoes that first made his participation in the prestigious major at hilly Augusta National possible.

Immediately after the tournament, the five-time Masters winner announced that he would participate in the second Major of the year if possible and set his sights on the 150th Open Championship. Hall-of-Famer sources now say that after his practice round, Woods intends to play the 2022 PGA Championship in May, provided there are no further setbacks. This is reported by Golf Digest, which goes on to say that they will wait to see the body’s reactions to the increasing strain in the coming weeks before making a final decision on participation.

The PGA Championship 2022 will be held at Southern Hills Country Club in Tulsa from 19 to 22 May. Originally, the second major of the year was to be held at Trump National Golf Club in Bedminster, but after the riots at the beginning of 2021 with the storming of the Capitol by Trump supporters, the former US president’s club was stripped of its hosting status.

Tiger Woods has already played two major tournaments at Southern Hills; in 2007 he won the PGA Championship there for the fourth and for the moment last time. In 2019, however, the course was thoroughly renovated and therefore presents a new challenge this year. It was only recently announced that the golf legend is on the list of participants for the most important tournament of the PGA of America, as is defending champion Phil Mickelson. With the practice round, participation becomes more and more likely.