US Open 2022: Matt Fitzpatrick and his caddie Billy Foster – An emotional win

Matt Fitzpatrick wins the 2022 US Open at Brookline Country Club and is not the only one celebrating his first major victory this weekend. 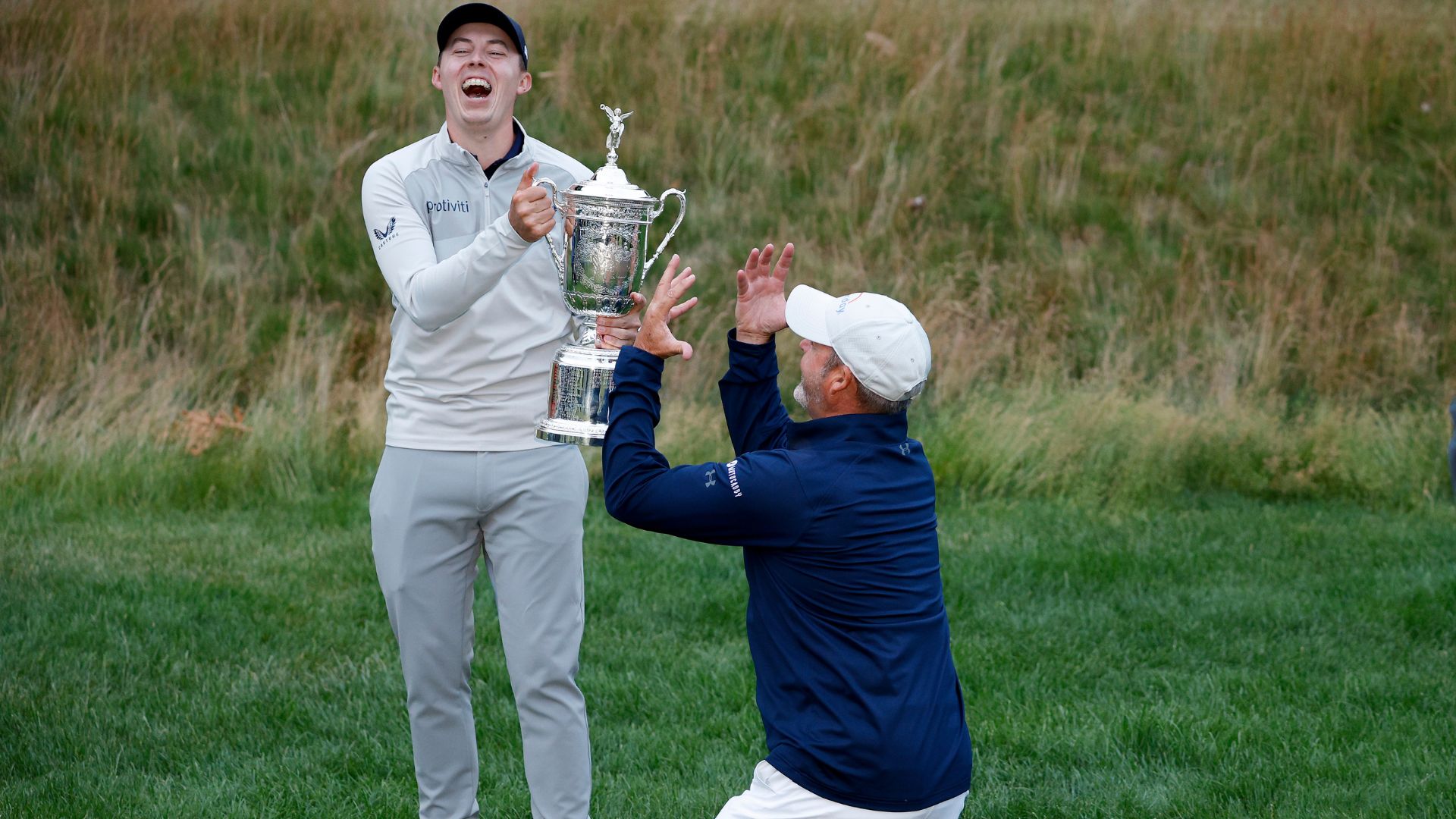 It was probably the best Sunday in the life of the still young Matt Fitzpatrick. After an exciting final day, the Englishman beat his flight partner Will Zalatoris and Masters winner Scottie Scheffler to win the US Open 2022. For the 27-year-old, however, it is not the first title on this course, as he already won the US Amateur at the same venue in 2013. In addition, his caddie, Billy Foster, also had reason to celebrate after some forty years.

With the words “Yes and no. Actually no, I’d say yes,” Matt Fitzpatrick answered the question after his triumph at the US Open 2022 whether he had expected this outcome before the tournament. However, his caddie, Billy Foster, was convinced of the victory of his “protégé” early on: “Billy had been saying for a while, the time will come. You’re playing so well. Just keep doing what you’re doing. It will come. It will happen. It will happen”.

And indeed, that was the case on this weekend in June. The Englishman showed solid golf over four rounds, played, compared to his competitor Scheffler, not a single round over par and was therefore deservedly happy about his first major title in professional golf. Even if he was not convinced before the tournament that it could be enough for the victory in the end, his opinion changed after the Moving Day. He entered the final day as the leader, along with Will Zalatoris, and then had a good feeling: “I put myself in position after two rounds and then played well yesterday. I just really believed this could be the time. Yeah, for whatever reason, because of my success here before, it just felt like this was the time.” And even though Fitzpatrick said it was cliché, the triumph was exactly what he had always dreamed of as a kid.

Not only was Matt Fitzpatrick’s win at the US Open a premiere victory, but his caddie Billy Foster was also able to celebrate his first title at a major. The Englishman, who has accompanied numerous stars around the world’s golf courses, was finally able to celebrate a “big” title after more than 40 years. No wonder, then, that he kissed the flag on the 18th hole and, of course, took it home afterwards. In the social media, many were also happy for Foster.

“It means the world to Billy. I can’t tell you how much it means to Billy. It’s unbelievable. I know it’s something he’s wanted for a long, long, long time. To do it today is incredible” Fitzpatrick said about his caddie after winning the title. It could have turned out very differently, because the two guys only started working together by chance about four years ago: “We ended up working together. I was kind of in between caddies. He just split up with Lee, and just happened to work out. It’s so funny. He kept telling me the first time on the job, I’ll just do 25 weeks and maybe get a fill-in for the others. I think he’s had about two weeks off in four years, so yeah.” It’s a wonderful story that turned out to be an emotional victory for both of them.

It was a very special victory for Matt Fitzpatrick. On the one hand, the Englishman has not yet been able to celebrate a victory as a professional golfer, and on the other hand, it was not his first major victory at the Country Club in Brookline. In 2013, the then 18-year-old celebrated winning the US Amateur at the same venue. If he had been told at the time that he would be able to enjoy another title there 9 years later, but with a lot more competition and, above all, significantly more prize money, he would probably have just smiled wearily. However, the 27-year-old delivered and deserved to be the winner in the end.

In addition to the Major victory, Fitzpatrick is therefore also celebrating another triumph. Alongside Jack Nicklaus, he is the only player to succeed in winning the US Amateur and the US Open on the same golf course. While the golf legend celebrated in Pebble Beach in 1961 and 1972, Fitzpatrick achieved the same feat in 2013 and 2022 at the Country Club in Brookline. The Englishman was visibly moved when he realized this: “Any time you’re sharing a record with Jack Nicklaus, it’s unbelievable. So for me to have that as well is incredible” Nicklaus, who of course also followed the 2022 US Open, was one of Fitzpatrick’s first well-wishers. He passed on his congratulations to the Englishman by phone: “He called me up down there just at the presentation to congratulate me. Coming from someone like that, it means the world”.

In the women’s world, by the way, only one player managed this double success: Juli Inkster won in 1980 and 2002 at Prairie Dunes Country Club. No wonder, then, that the fans were on their best behavior during Fitzpatrick’s triumph. Especially on the 18th hole, they were almost unstoppable to cheer Fitzpatrick on. However, he and his caddie remained cool: ” It felt like Billy and me were going to get stampeded, but we didn’t. We’re fine. I love that. I love when the crowd is excited and loud. It’s what makes it more exciting.” Also, because Fitzpatrick is an avid soccer fan, he would enjoy such a raucous atmosphere in golf from time to time, “I love football, and I love the atmosphere in that. I know golf’s different, and it’s got to be all nice and calm and everything, but sometimes it’s good to be a bit different”.