US Masters 2022: Scheffler, McIlroy, Woods – The records and statistics of the Major

Scottie Scheffler sets several records in his victory at the US Masters 2022. But there are also other records to be mentioned. 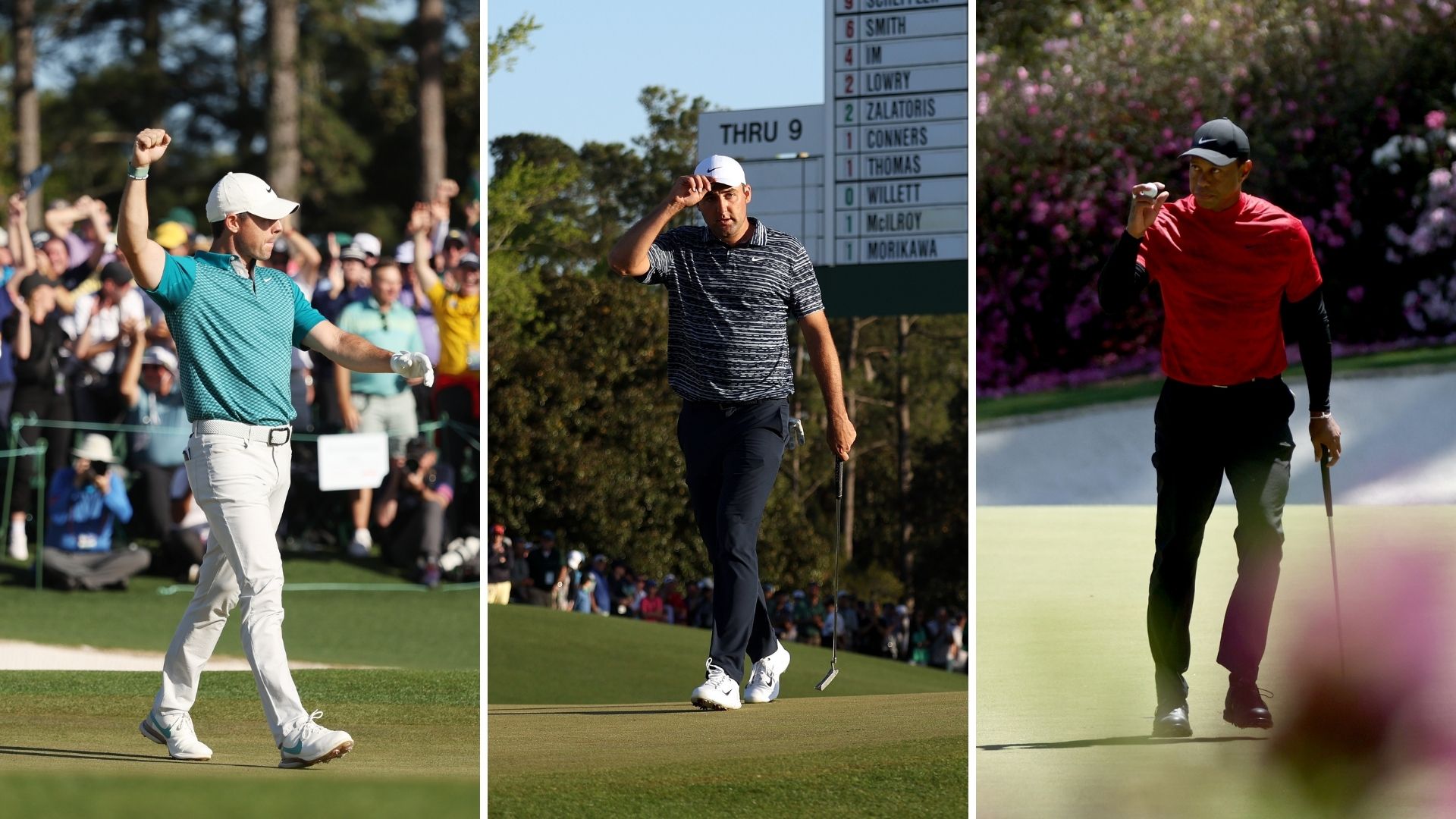 The stats for the US Masters 2022 with Rory McIlroy, Scottie Scheffler and Tiger Woods. (Photo: Getty)

At the US Masters 2022, Scottie Scheffler sets several records with his first major victory. Rory McIlroy, Tiger Woods and others should not be missing from this list of records set or tied at the prestigious major.

Scottie Scheffler unstoppable! In recent weeks, hardly any professional on the PGA Tour could stand a chance against the Texan. In mid-February, the 25-year-old won for the first time since his rise on Tour in 2020 at the Phoenix Open. Fifty-seven days have passed since then and three more trophies have gone into the world number one’s trophy cabinet. He won the Arnold Palmer Invitational, the WGC-Dell Match Play and now his first major with the 2022 US Masters. No one before him has managed the first four tournament wins in such a short span of time! The last time someone won four tournaments in six starts was Jason Day in 2015.

Four wins in one season is already a great achievement, but to win at least one Major and one WGC event highlights the exceptional form of Scottie Scheffler. There’s only one guy who’s done that, too. You will guess: Tiger Woods. The superstar, who made his comeback at the US Masters in 2022 after a serious car accident, was even able to achieve these results a total of eight (!) times in two periods of four seasons in a row – incredible! For the sake of completeness, however, it should be mentioned that greats such as Arnold Palmer and Jack Nicklaus certainly had seasons with four tournament victories including majors, but the WGC events did not yet exist at that time (introduction in 1999).

Scheffler is also the sixth player to win the Major at Augusta National as the world number one. In doing so, the American does it like Ian Woosnam, who also won the US Masters in his first start as the world’s No. 1 golfer.

After an outstanding Friday, Scheffler had built a five-stroke lead in difficult conditions. The shared largest halfway lead at the Masters.

With his fourth victory, Scheffler now not only clearly leads the world ranking and the FedExCup, he also obviously cashed in a lot of prize money. In the meantime, the professional has earned over ten million US dollars with his results this season alone. This already puts him in sixth place in the ranking of prize money earned in a PGA Tour season. By the way, Jordan Spieth leads this list with just over twelve million dollars earned in his fabulous 2014/15 season with two major victories (Masters & Open) and Tour Championship (bonus not included). Scheffler, however, still has half the season and three majors to play and will probably climb up a few places in this ranking.

But enough about the Masters winner, others also set records at this major. Rory McIlroy ran hot on the final day, working his magic with flight partner Collin Morikawa at Augusta National. McIlroy’s closing 64, the only bogey-free round of the entire tournament, set the record for the best closing round at the Masters; in fact, it was the second-best round ever at one of the four majors for the Northern Irishman. It was a pity for the four-time major winner that he was already too far away from Scheffler before the final day and it was again nothing with the career Grand Slam for McIlroy.

On the final day, it was a duel between two players in good form with the better end for Scheffler. But Cameron Smith also has two victories this season (including the Players Championship) under his belt and has been playing incredibly consistent golf lately. However, the triple bogey at the 12th sank any hopes of winning the Masters at Rae’s Creek, and that after Smith had fought his way back in with a birdie at the hardest hole (11th). The three-stroke loss was the worst score on a hole in almost ten months for the Australian.

Previously, the Players Champion had carded a 68 in Round 1, although he conceded double stroke losses on holes 1 and 18. Only Ricky Fowler played a round of 68 or better including two double bogeys at the Masters.

It’s not a record yet, but Tiger Woods kept his streak of made cuts alive and could set a record next year. Despite his extreme suffering since his serious accident 14 months ago, the 46-year-old Hall-of-Famer made the cut at the 2022 US Masters for the 22nd time in a row.

On the weekend itself, the 15-time major winner was clearly feeling the strain and the strain, twice coming back into the clubhouse with 78 strokes. He had never needed so many in 92 rounds before to master Augusta National.