Especially in the short game, the grooves of the wedges face carry a lot of responsibility in order to stop the ball on the green quicker. 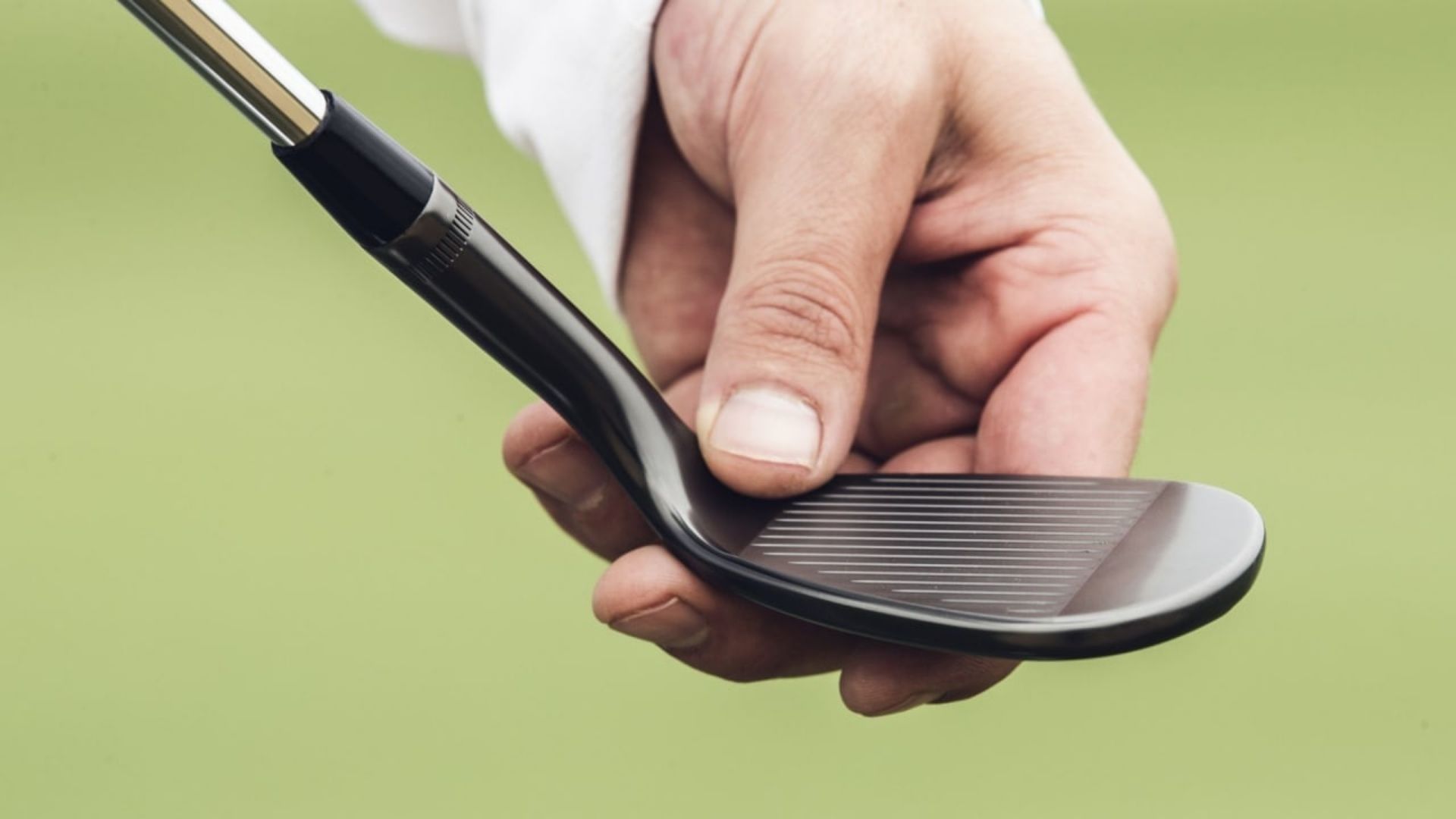 Grooves have a huge impact on golf performance. (Photo: Callaway)

Grooves is the English term for the golf club face lines. These are mainly responsible for the spin that a club achieves over the ball. It is important that the ball sticks to the club face for a long time at impact to create as much friction as possible. The grooves grip the outermost shell of the ball, creating a lot of spin. That’s why balls with a soft urethane coating, for example, deliver significantly more spin than a hard range ball.

Hitting a ball out of the rough, or slightly higher turf in general (can also happen on the fairway), is often unpredictable if there’s a lot of dirt or turf between the club and the ball. Grooves help enormously to make these shots more predictable by moving water, turf and dirt away from the contact point during the swing.

In order to provide the ideal spin conditions for each club, the grooves usually adapt to the respective wedges. A gap wedge, which typically predominates in full shots, has narrower and deeper grooves that allow for slightly less spin. Too much of the backspin would not be useful for this club.

For a lob wedge – where there can never be enough spin – wide and shallower grooves are the norm. These deliver plenty of spin even on small swings, which is ideal for chips or pitches. Due to the different requirement profiles, changes in the club or groove characteristics are accordingly desirable and helpful.

After hitting a shot, you should always take the time to clean the equipment during the round, and with especial focus on the golf club grooves to keep the hitting surface in great shape. With a clean club you will achieve significantly more spin, which can only be an advantage with wedges. It’s not without reason that you see caddies on the pro tours busily rubbing the club grooves free with a towel and club brushes.

Consistency will make the difference also in the quality life of your equipment, that is why it is just as important to know how to clean them after playing too.

The trend of micro-grooves is becoming increasingly popular. Between the actual grooves, other smaller additional grooves are placed on the clubface. This only enhances the effect of gripping the cup and increases the spin. Manufacturers have different approaches to this issue. Whether fancy angles, raised grooves or shapeless grooves – there are and will be hardly any limits to creativity.

How the grooves save you strokes

Besides the thought: “Higher, faster, further”, which is admittedly very tempting, you should always but especially in the short game place more emphasis on consistency. Of course, it is fun if you let the ball roll back with a few metres of backspin just like the pros. However, it makes much more sense if each of your shots produces the same result.

Spin is good, spin helps you play around the greens. However, it is much better if you can consistently retrieve your clubs over and over again. Therefore, don’t lose focus on the essentials. Being close to the flag again and again will save you strokes. Not if the ball rolls back a few metres after it hits.